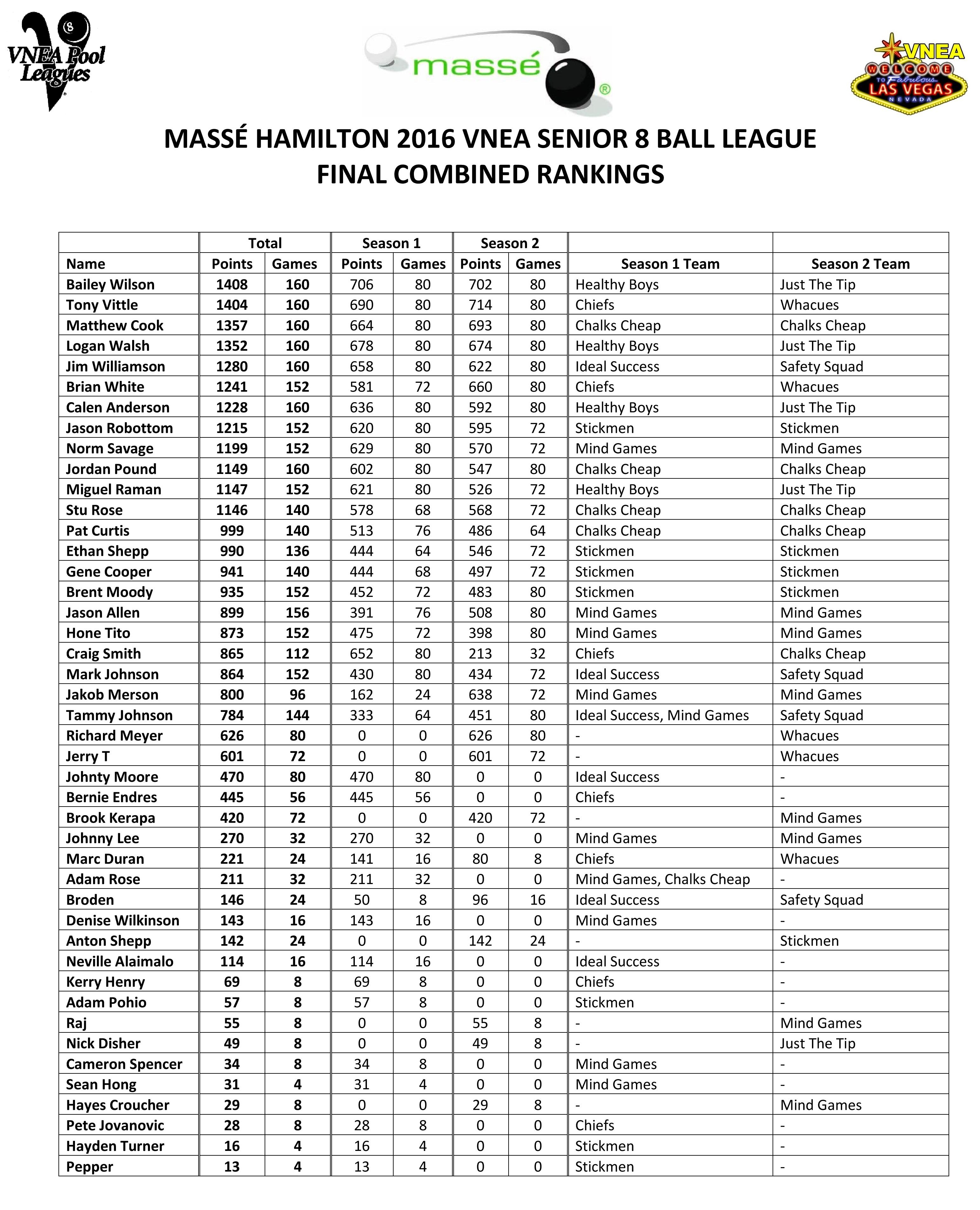 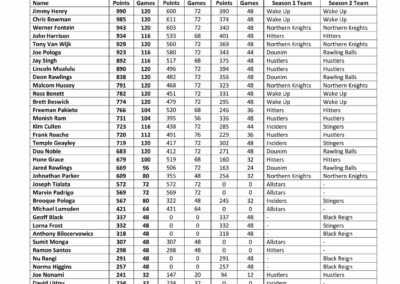 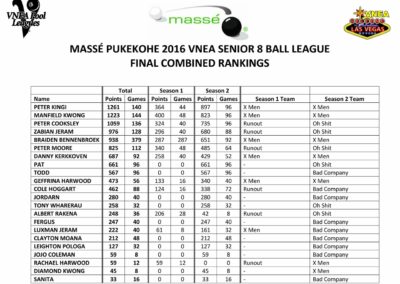 The finals of the Massé VNEA 2016 seasons were played over the weekend. Congratulations goes to the four ladies (Stingers) from Glen Eden who took out the championship. Captain Kim Cullen, Temple Gealey, Brooque Pologa and Lorna Frost all played well to beat all of the top men’s teams from Glen Eden, New Lynn, Pukekohe and Hamilton to cruise to victory winning with one life in hand. There are not very many ladies in New Zealand that can match the composure, finesse, potting ability and experience, (over 10 years each) which all these ladies have. These ladies have a number of accomplishments to note; Temple and Kim placed 1st and 2nd in the 2015 New Zealand Billiards and Snooker Association Woman’s Nationals, the 2016 Clubs New Zealand Ladies North Island 8 ball Championships in the Singles Main Event and won the Doubles Main Event in the same competition; Lorna Frost is a former National Champion and Brooque Pologa has won world under 21 Titles. Playing at Glen Eden weekly has taught them how to beat the top men and with that sort of commitment, your game is only going to improve!

Hope to see you all next year. 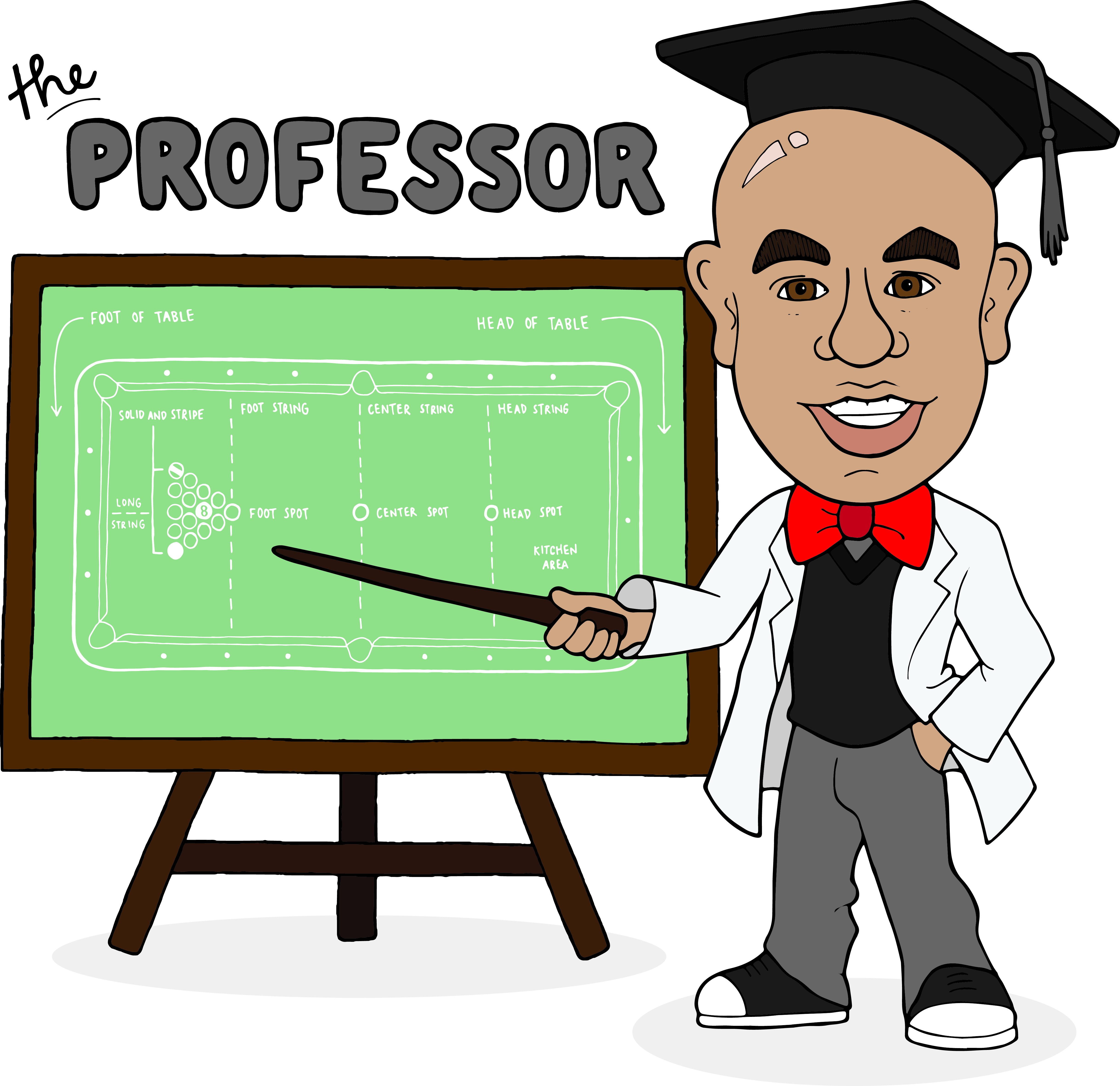